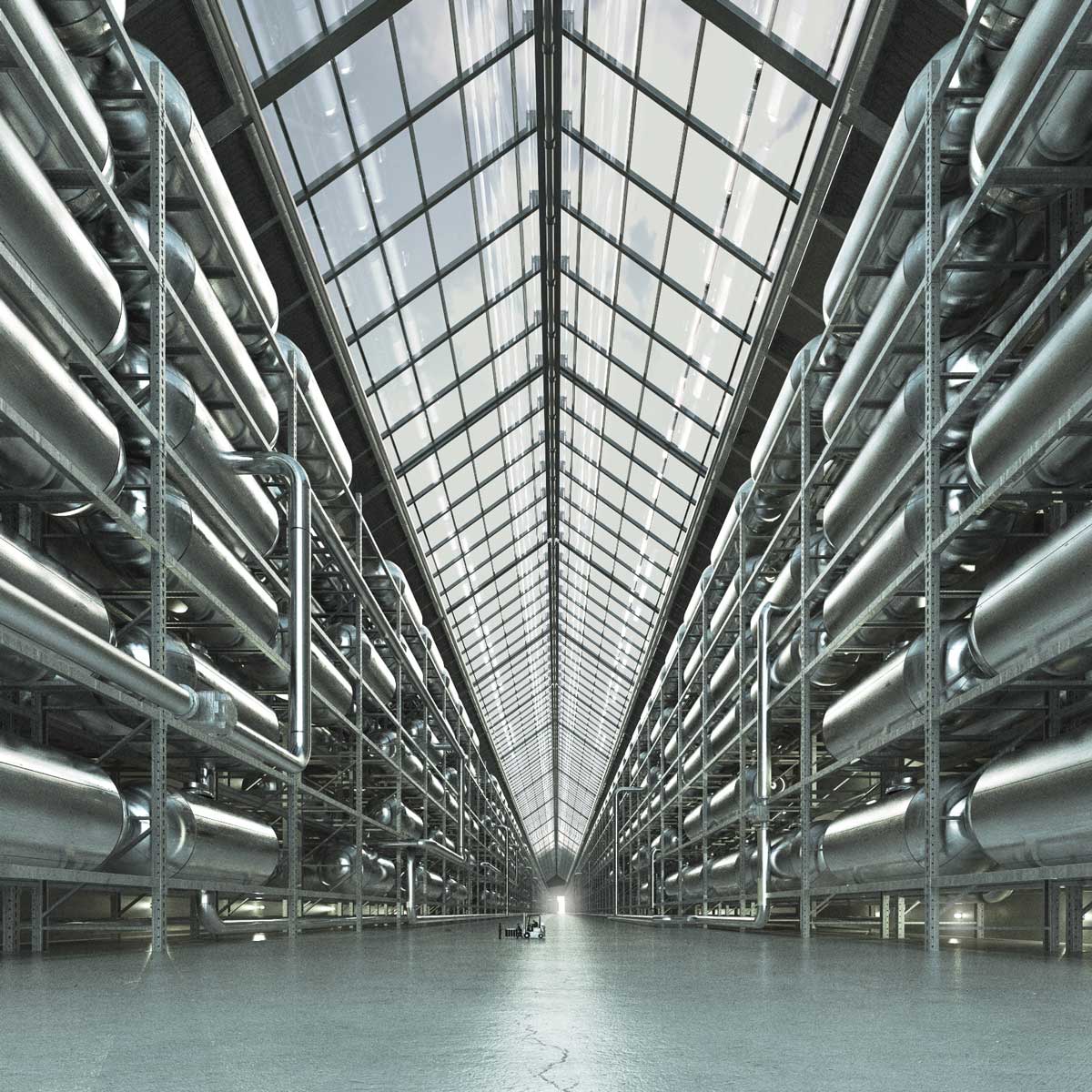 Our visit to the barren desert and petrochemical wastelands of Texas was an investigation into the beauties and paradoxes of the contemporary United States. 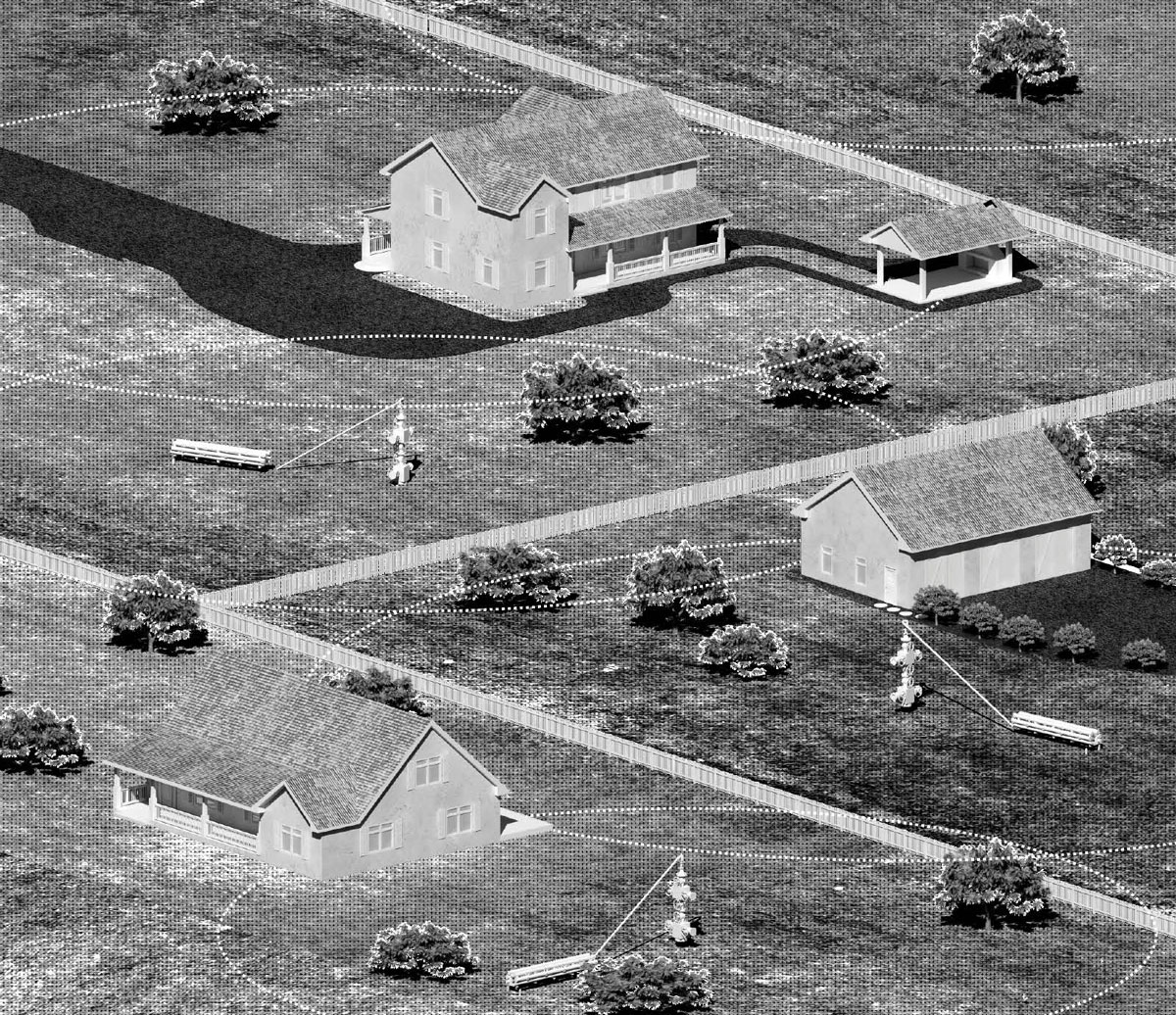 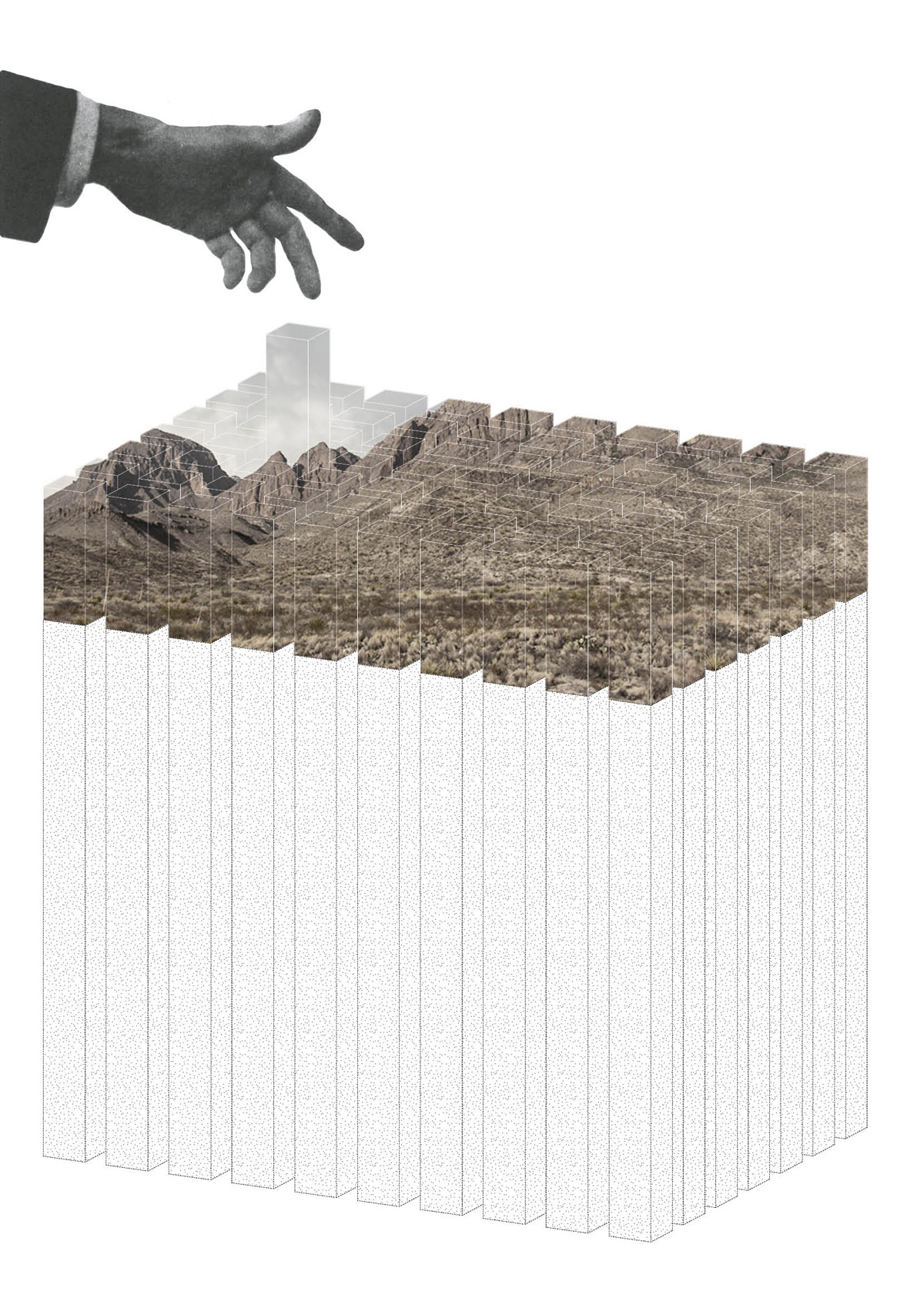 In many ways, Texas defies description. Not only in terms of its scale or the disconsolate vastness of the west Texan desert but also as an idea. Governed by the harsh realities of the petrochemical industries and internecine politics, Midland is a place where the only measure of time that really matters is oil.

Cinematic in scope, the project is seen through the lenses of Paul Thomas Anderson’s there will be blood as precursor to questioning the architectural possibilities of the Lone Star State. Here Midland acts as the manic-depressive setting of a modern time oil rush, spending lavishly and then desperately suffering.

As, in the United States property law allows for an individual land owner to extract their own resources. The project operates as a research on fracking and property ownership. As a critique of those mechanics and their larger socio cultural impact on Midland. And uses the mechanisms of land division, hypocritical boundary conditions and un-neighborliness to produce four entirely speculative architectural interventions.

Between banality and extremity these operate at a variety of scales from the civic (school and legal system) to the domestic (the oil storage and neighborly litigations) and the larger scale with the private membership of the Midland Petroleum Club.

The components of the projects are used as players in a larger disposition of tensions. They are tools to explore the dynamics of a city that consumes itself repeatedly with no other ambition but to draw every drop of oil out of the ground. 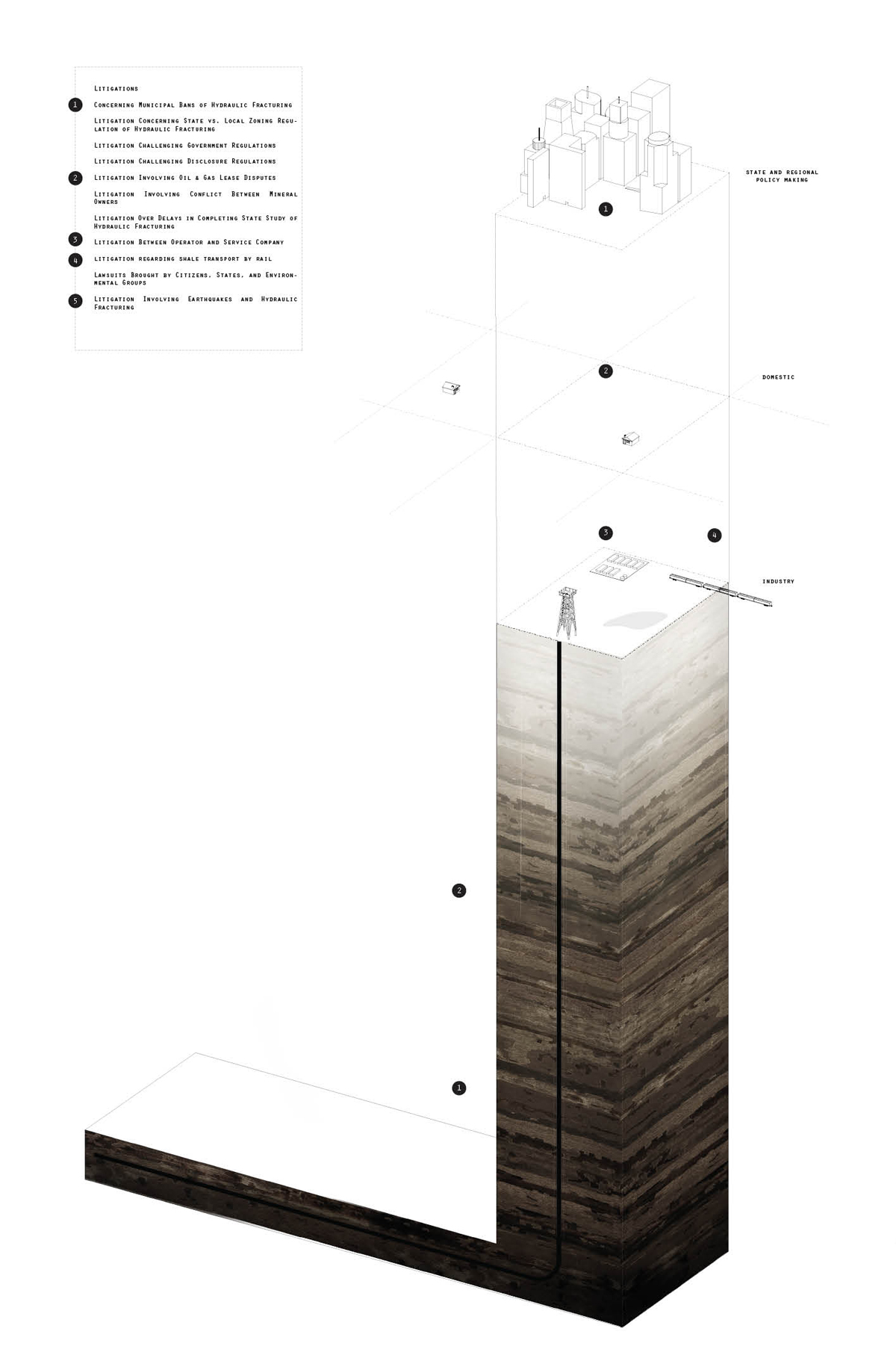 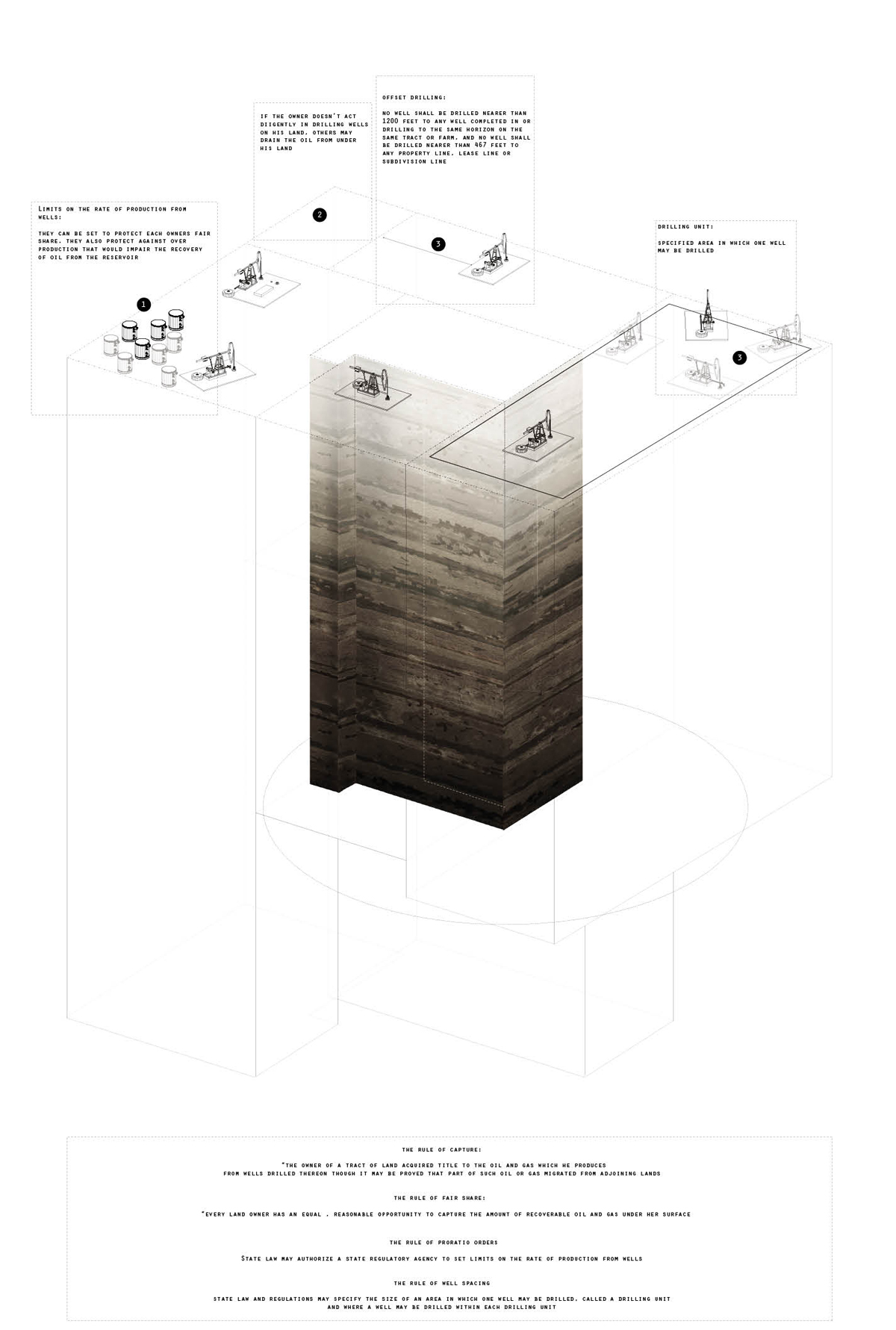 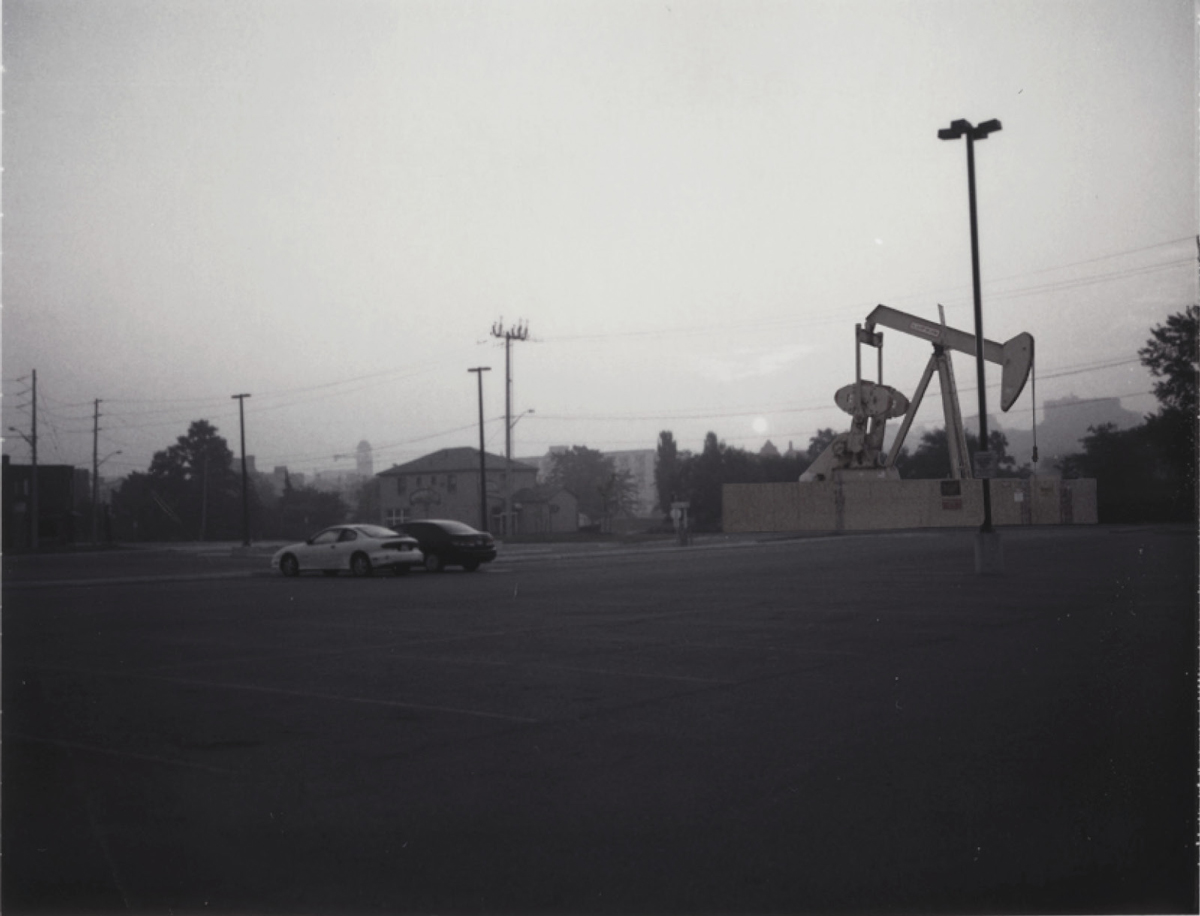 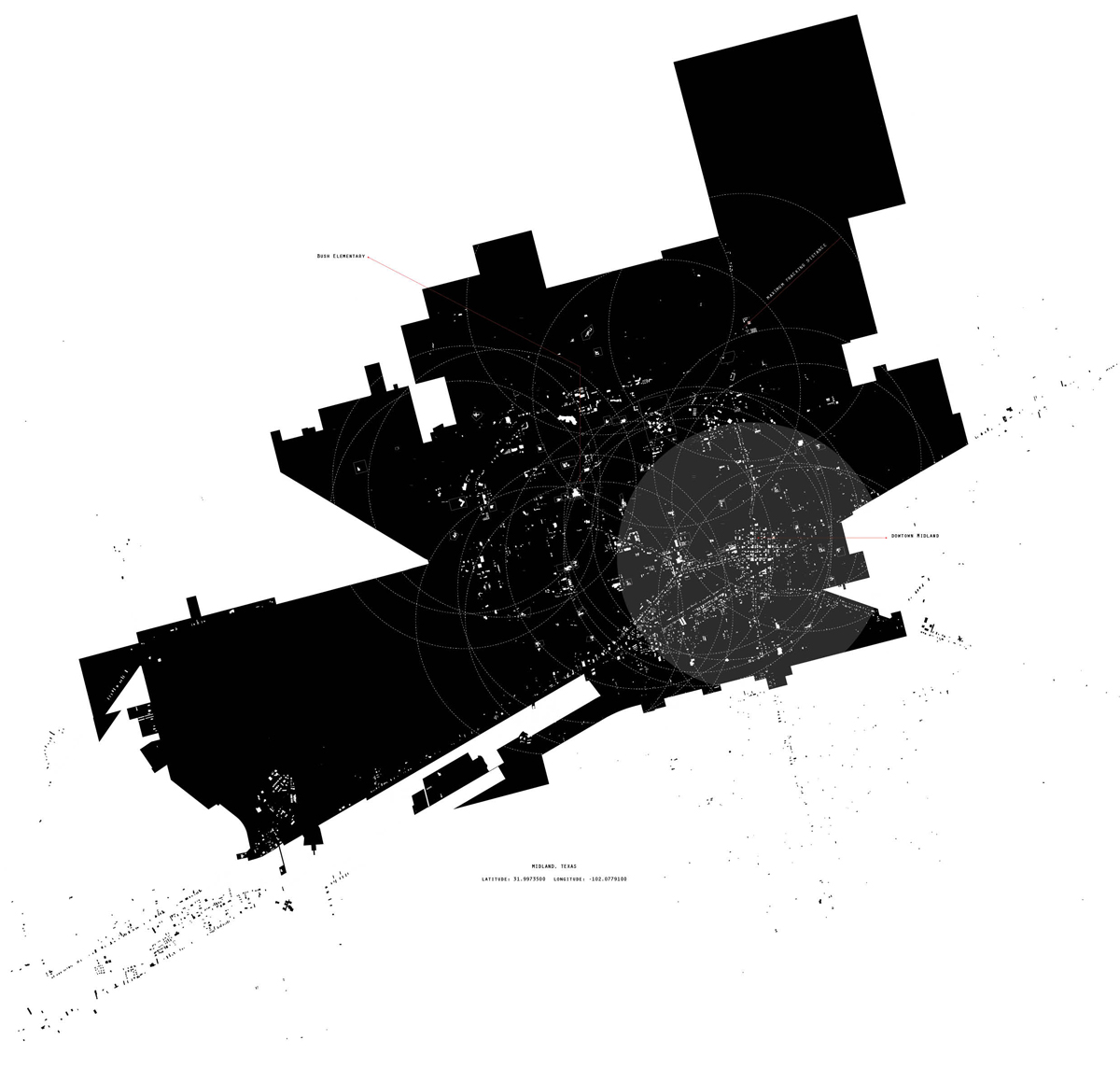 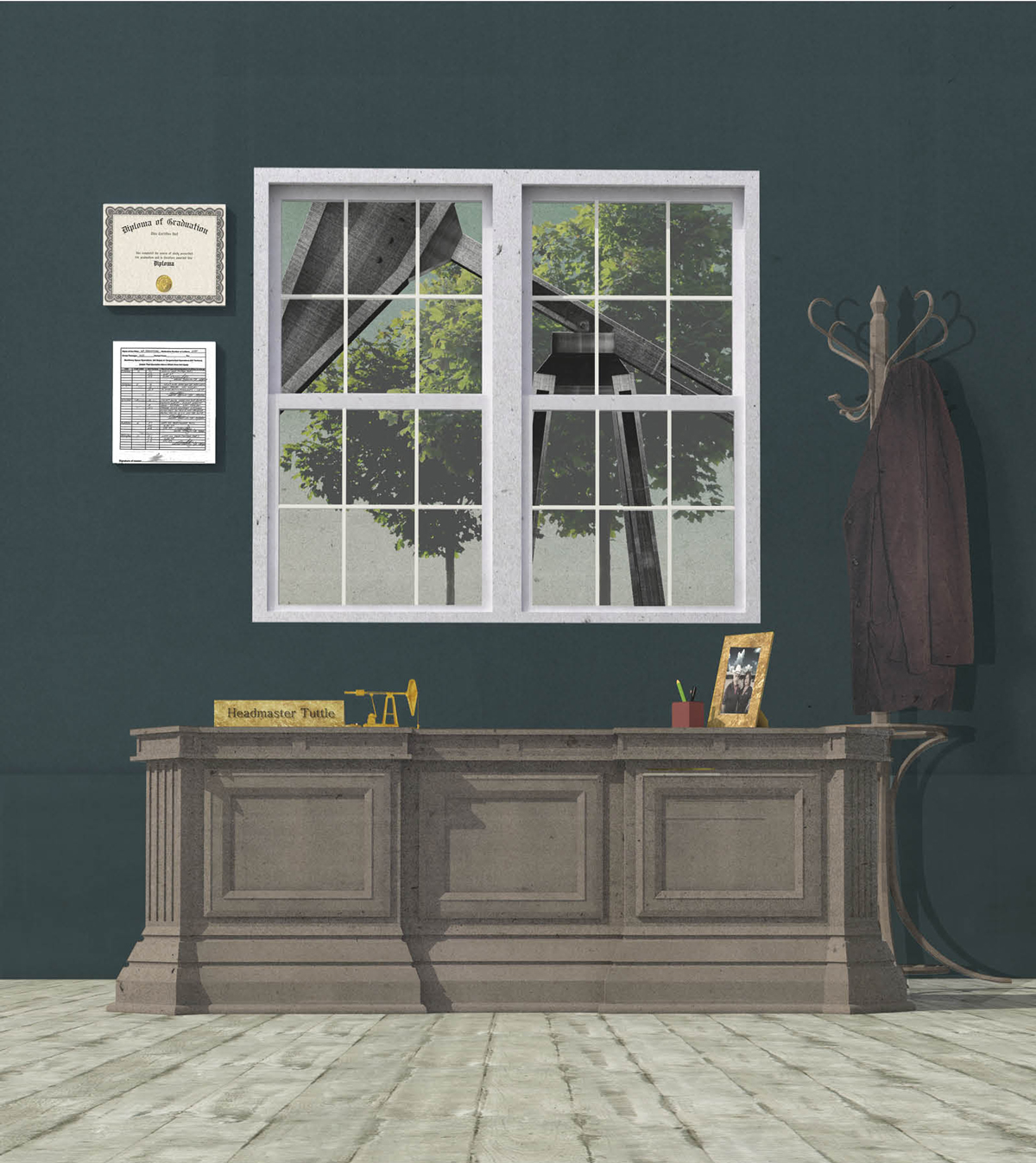 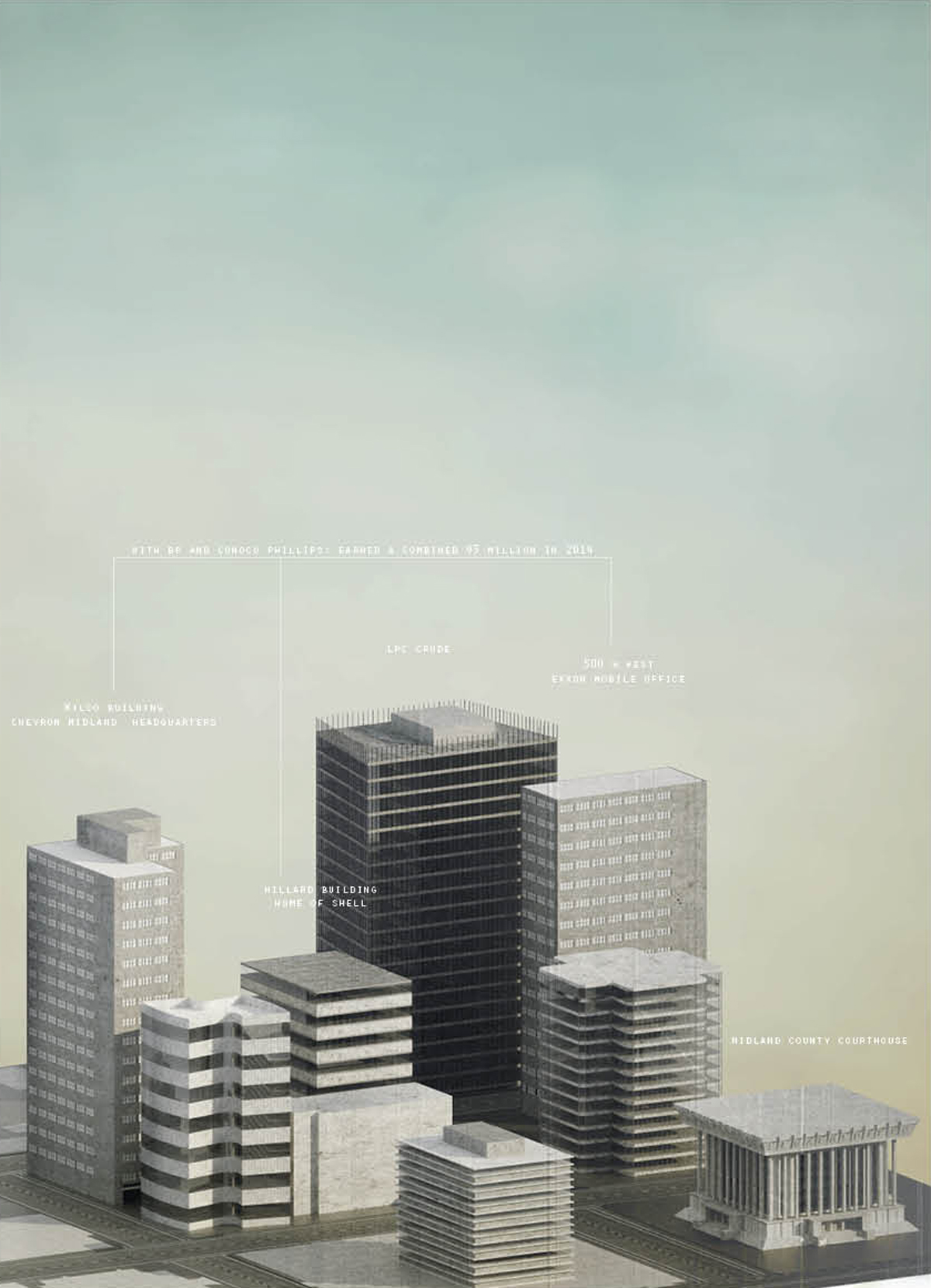 The legal System and corporate Greed 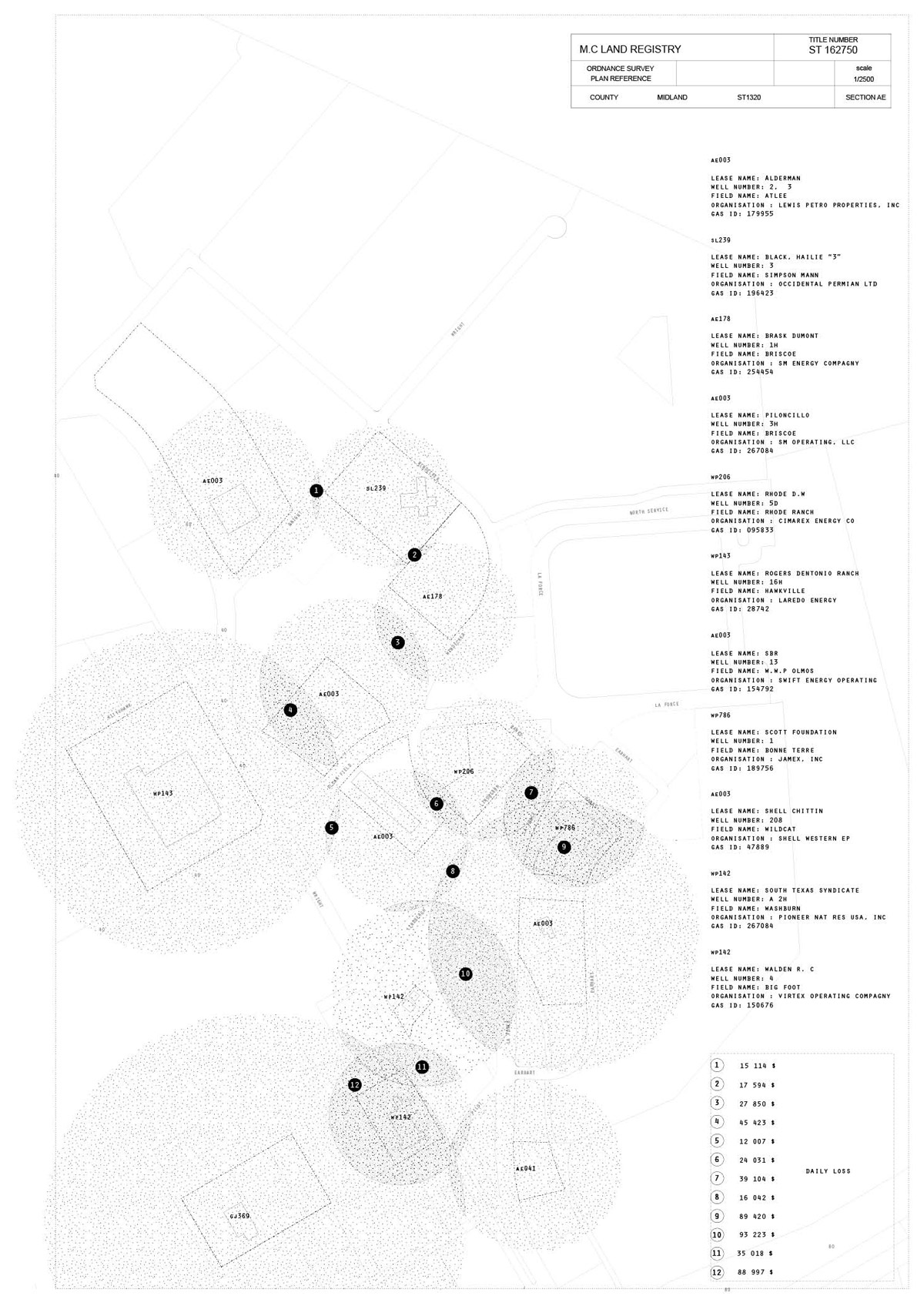 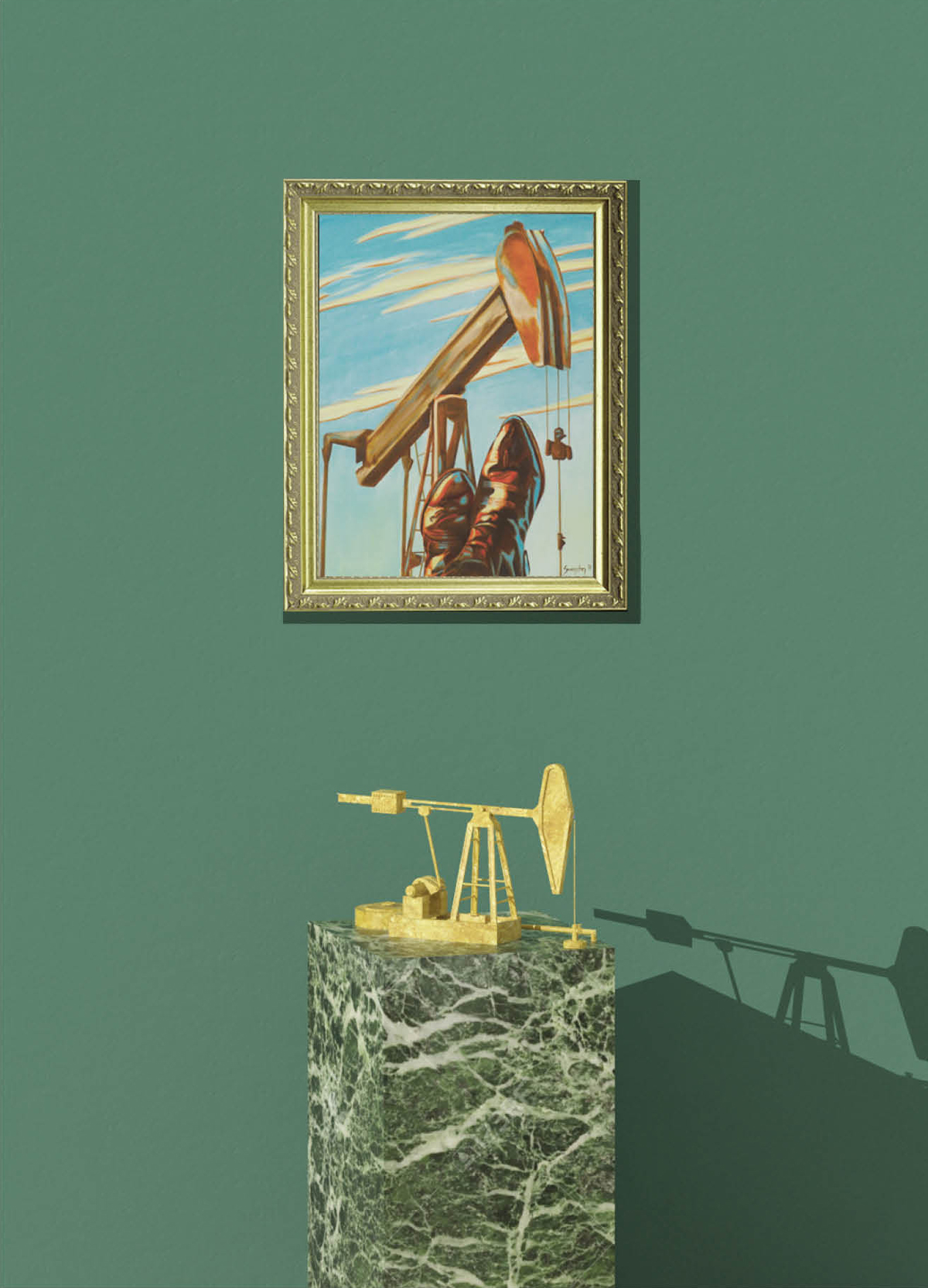 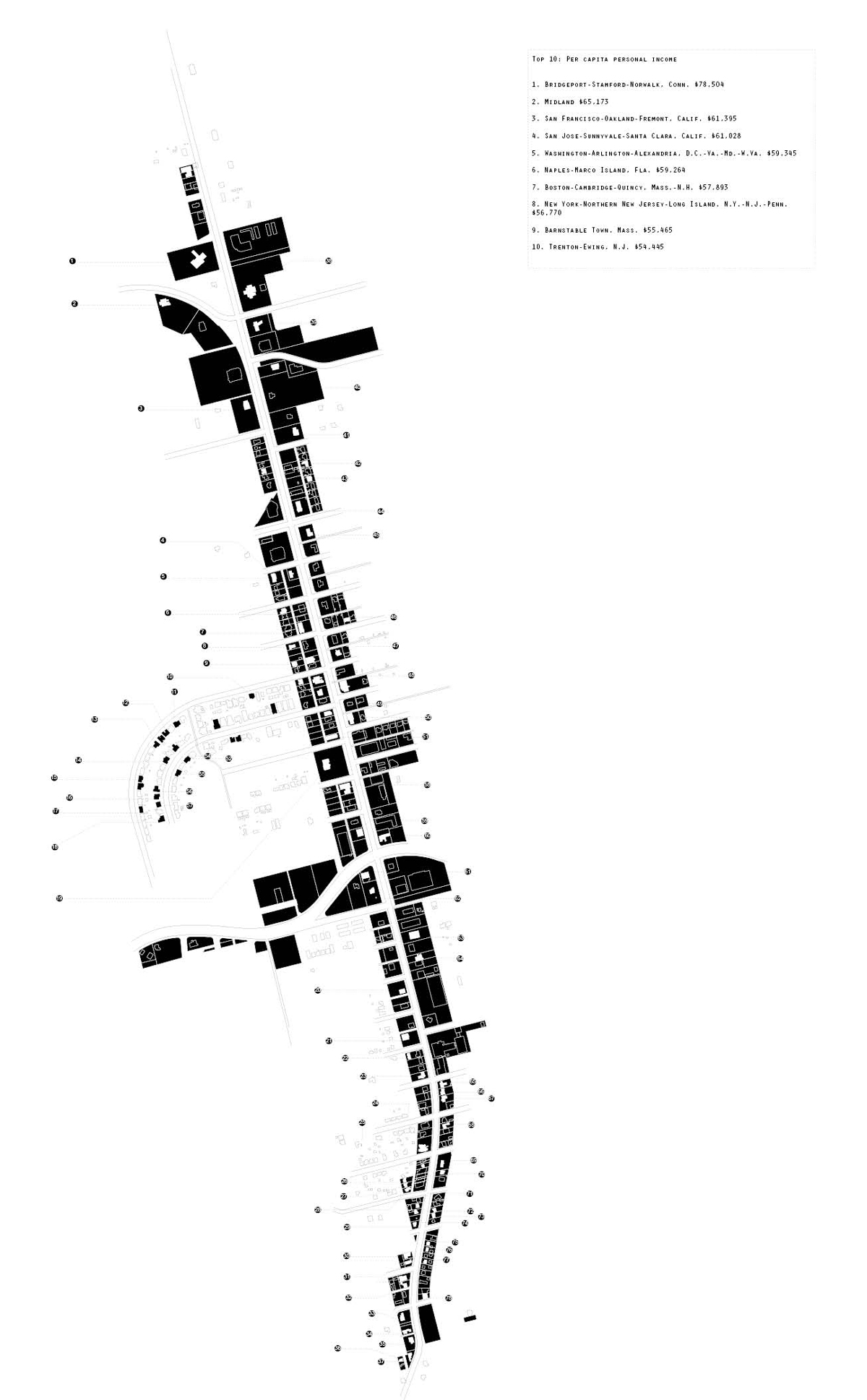 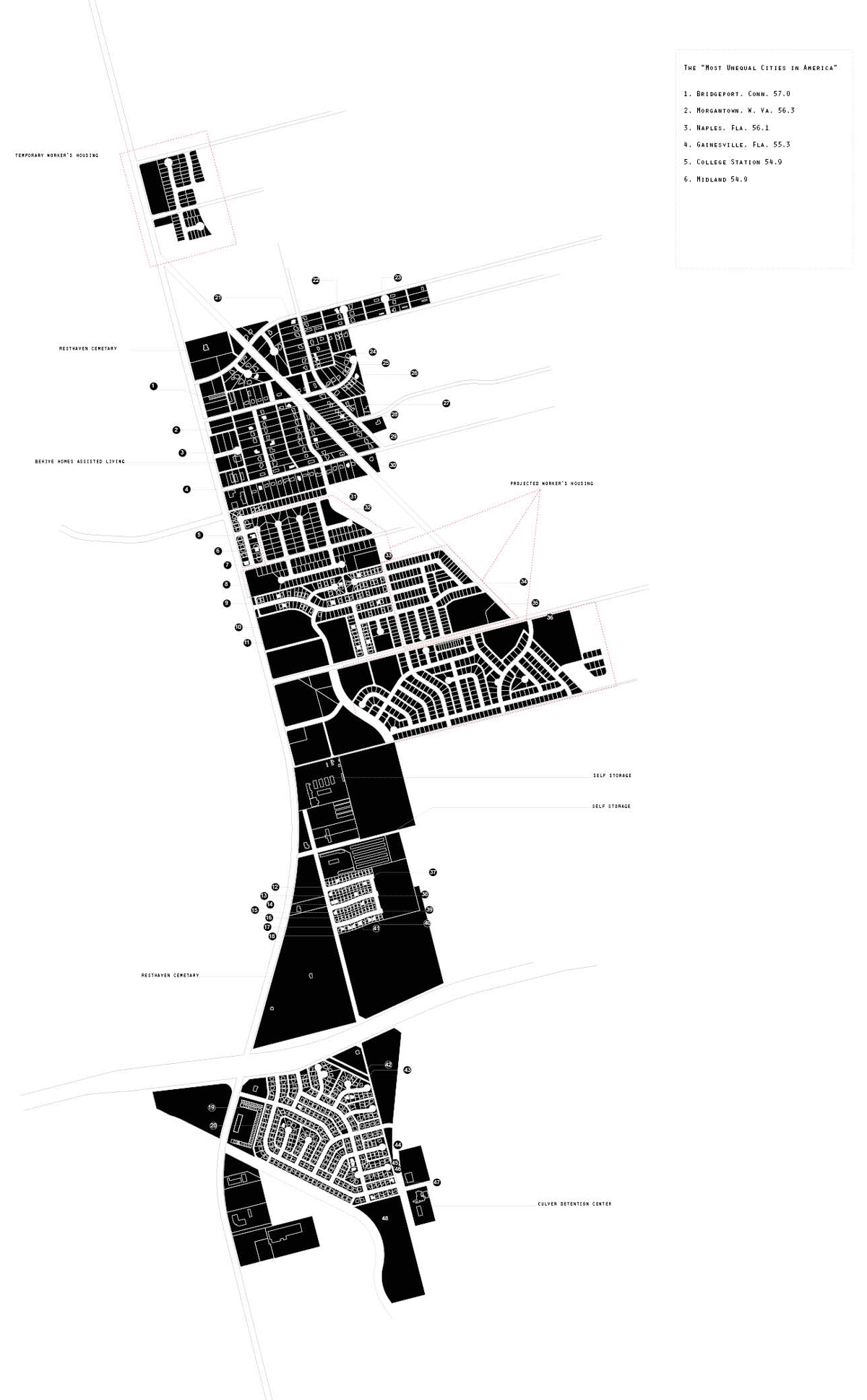 the Millionaire's House and Worker's Quarter 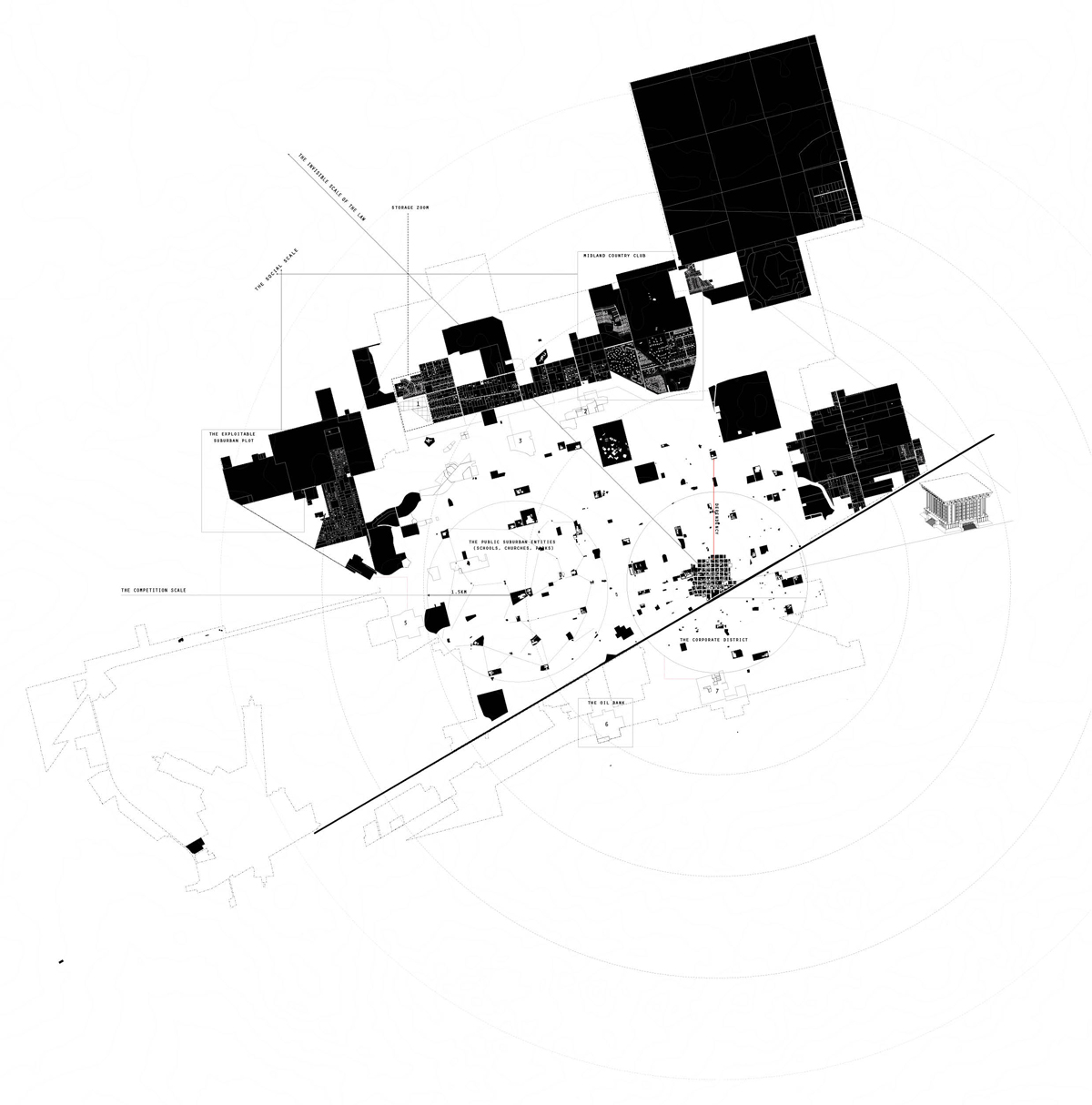